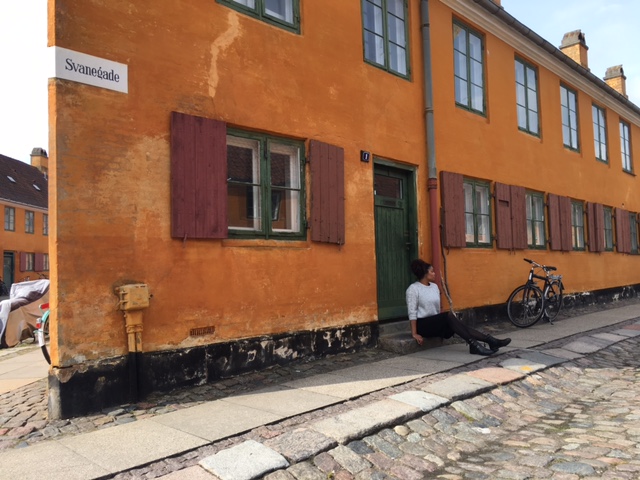 copenhagen, denmark: home to hans christian andersen (author of the little mermaid), nyhavn (pr. noo-houn), and the danish pastry is rightfully named the happiest city in the world. although you can get an average of 17 hours of sunlight in copenhagen, that still doesn’t seem like enough time to really fully enjoy the city.  lets start with the tourist attractions shall we?

-the little (and not so little) mermaid- 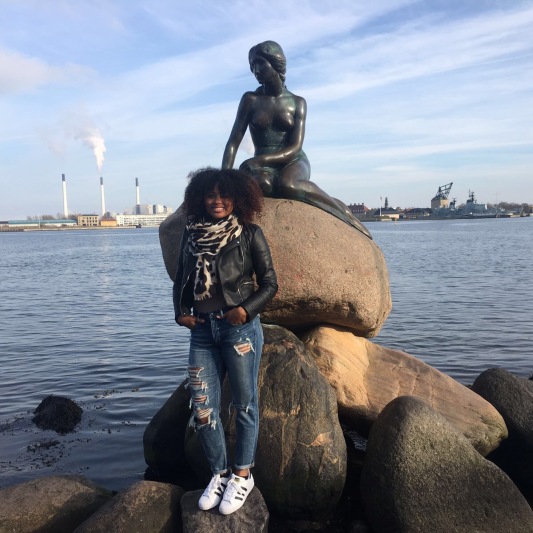 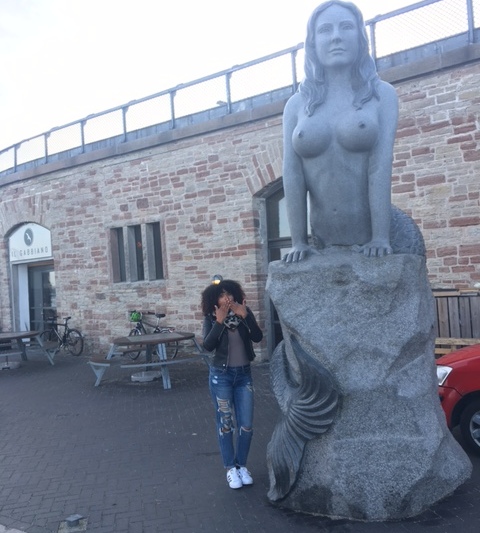 the mermaid pictured on the left is one of the top tourist attractions in copenhagen. many onlookers are quite shocked and some even disappointed at the size…to me? the little mermaid was a 16 year old girl (according to disney) so i found it to be more realistic than disappointing lol now…the one on the right…a mere 5-6 minute bike ride away is what i like to call, the juvenile back that *butt* up version of the little mermaid. while the first is more modest, the second is a bit…out there to say the least!

-hans christian anderson and the tivoli- 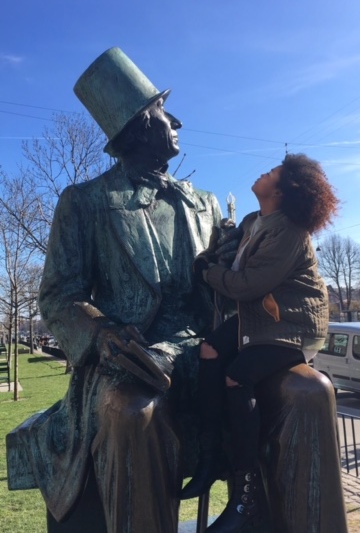 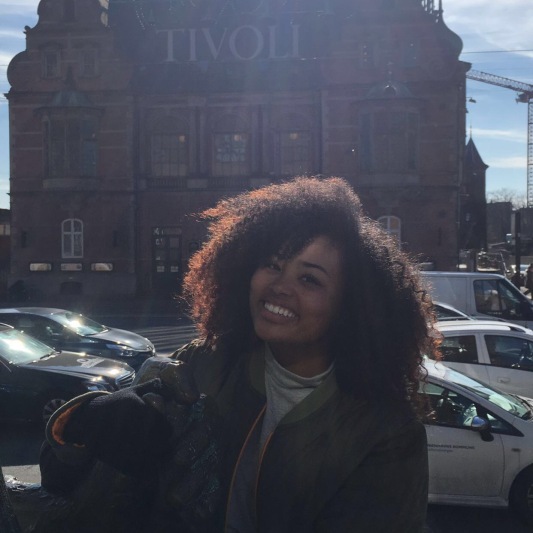 for those of you who are unfamiliar, hans christian anderson was a denmark native and single-handedly responsible for most of the fairy tales we know an love! the littler mermaid, thumbelina, and the ugly duckling to name a few. thanks hans!! tivoli gardens is another famous landmark in copenhagen operating as the second oldest amusement park in the world! i didn’t take advantage of the park because i’m scared of roller coasters, but i have been assured it’s a great time!

-fredricksborg castle, round tower, changing of the guards, nyhavn- 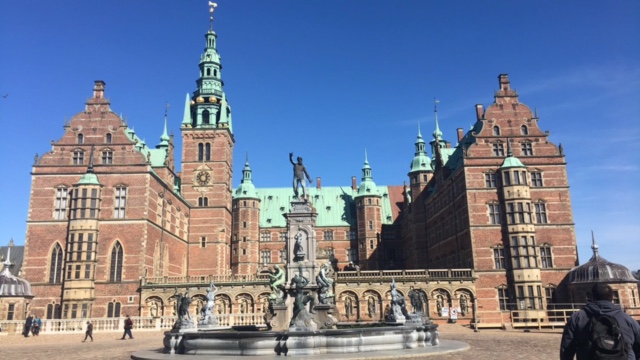 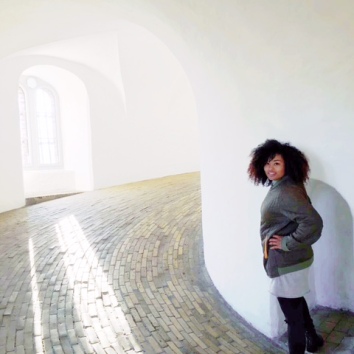 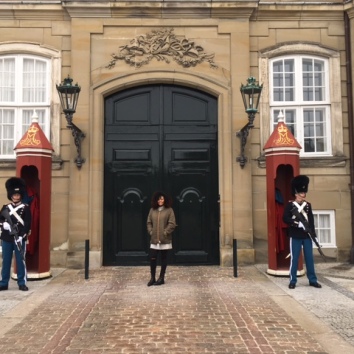 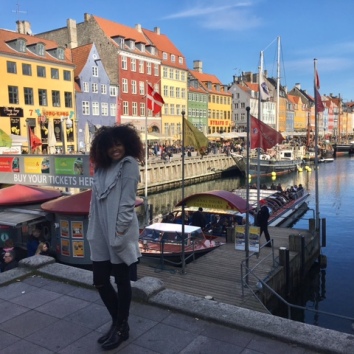 copenhagen is full of history, tradition, and colorful buildings…fredricksborg castle is an amazing museum full of rich danish history, only a 36 minute drive from copenhagen. once the residence of royalty, each room has been staged to replicate its original state. the round tower is a column of a building that forces you to walk at an incline until you reach the top. (let me just take a second to tell ya’ll how BAD my thighs were burning! i had never wished to see an elevator so bad in my life!) the cool thing bout the round tower is as you walked up, there were rooms that you could step in containing artifacts and exhibits. changing of the guards happens everyday at 11:30am. the guards leave rosenborg castle on foot where they to the beat of a band to amalienborg palace (where the queen resides) nyhavn is one of the most recognized landmarks in copenhagen with its riverfront multicolored buildings. here you can shop, take a boat tour, and grab a bite to eat.

did you know that there are 5 times as many bikes than there are cars in copenhagen? i hadn’t ridden a bike in a while, but had to quickly catch on to the hand signals when riding in traffic as well as how the slow riders should stay to the right. because i rode a bike 95% of my visit, i justified over eating lol (i mean, i was getting at least 3 hours of combined cardio a day!) 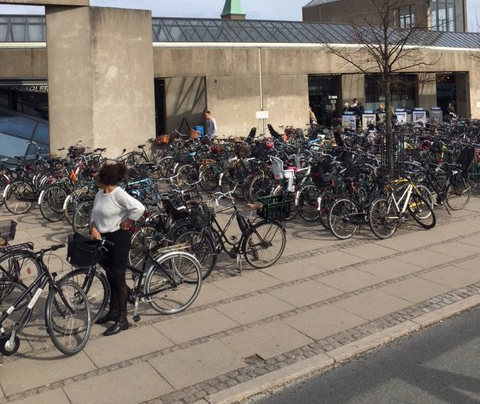 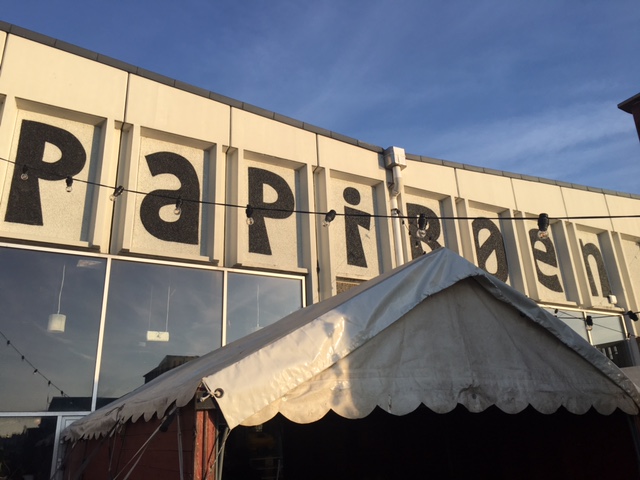 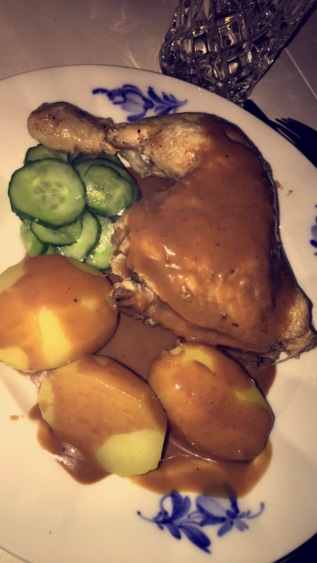 papiroen (aka paper island) is this amazing home to tons of street food restaurants. there is plenty of seating both inside and out. the selection of food ranged from pulled pork sandwiches, pizza, and guess what…KOREAN FOOD! ya’ll KNOW i was in foodie heaven. it was so hard for me to choose, i had to go two days in a row lol on the right is a traditional dinner prepared by a danish friend. i can’t name it officially, but it was chicken, potatoes, and pickled cucumbers with yummy gravy! (now the picture only shows 3 potatoes, but trust and believe i ate about 7!)

if you haven’t yet had the chance to visit copenhagen i would DEFINITELY recommend it! it’s truly a beautiful city with such nice people! 🙂 i plan to go back before the year is up, if you have any other suggestions for my next trip please comment below!